“THE PIRATE HUNTER”
HIRE JUSTIN TO SPEAK AT YOUR NEXT EVENT 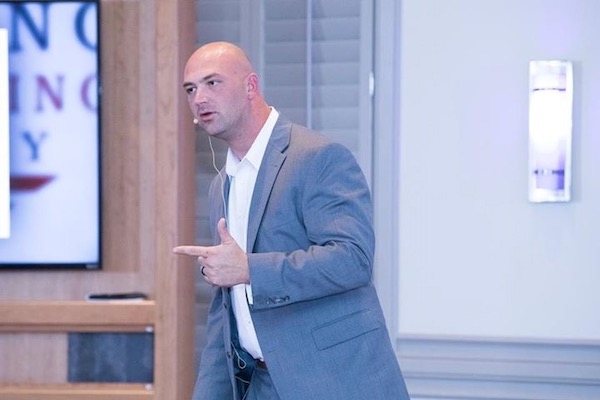 Justin is a former combat veteran in our United States Navy. Most known throughout our military and local communities for his gallant actions during the 2010 pirate attack on the amphibious dock landing ship, the U.S.S. Ashland. His valiant efforts led to the first judicial conviction for piracy in over 200 years, thus gaining the nickname “Pirate Hunter”.

The founder of Signs By Veterans, and professional speaker, Justin is recognized throughout the industry as a leading expert and influencer. He has been featured in Signs of the Times and Sign Builder Magazine. Nominated for Forbes 30Under30, selected as one of the 2021 Young Sign Makers by Sign Builder Illustrated, and is a frequent guest on business and personal development-related podcasts.

Why BOOK JUSTIN For Your Next Event?

The business acumen of Justin and his real-world experiences was why we booked Justin as our Keynote Speaker. He delivered powerfully from the stage and kept our audience engaged and motivated. Extremely easy to work with. I highly recommend him as a Keynote speaker! Our ongoing business relationship has been incredible since then as well.

THE BEST INVESTMENT FOR 2022

Engage, Educate and Inspire
Customized Keynotes and Trainings from Justin